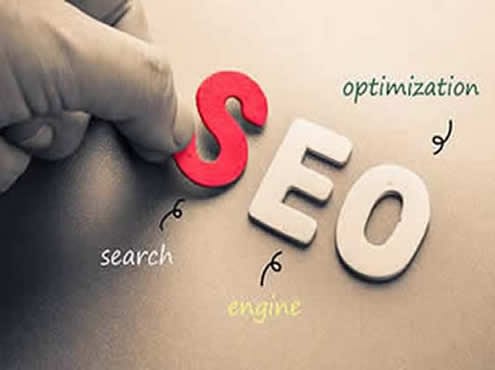 I’m always amazed by how many “me too” products are on the market. Now don’t get me wrong. It’s possible to stand out in a crowded niche, and in some industries, that’s the only real way to go. But I didn’t just want a piece of the pie—I wanted to be at the top of my industry.

So I created something that was going to be very difficult for others to duplicate. It required a new and exciting concept and quick execution, but I did eventually find the success I was looking for.

Now more than ever, when you create something, there are so quickly hundreds of people nipping at your heels. So when I created my first major business, it was based on an idea that I knew no one else was even thinking about.

It all began one day when I was standing outside, in front of a display window of a Macy’s department store. There, in the window, were all these vintage Coke machines, old bottles, and classic advertisements promoting “refreshment.” It was like an epiphany: I instantly wondered why none of these big companies were marketing their iconic characters—the Coke polar bears, the Budweiser frogs and lizards, the M&Ms—in the same way that Disney, Warner Brothers, and others were selling huge amounts of animation art from their films. They had a built-in fan base: why not do something about it? I saw an opportunity.

I called Coke and told them my idea. It took about a year to convince them and get approval, and even then, there was still a hitch that I had to figure out. This wasn’t the hand-drawn artwork they were doing at the time from the traditional animation studios—it was the beginning of the big push for computer animation. So I had to figure out how to get the art out of the computer and onto acetate like a real hand-drawn animation cel, so that it could be marketed. Suffice it to say, it was a long and winding road, but in the end, I did figure it out. And when I did, the Coke polar bear art became some of their top-selling artwork.

I knew I had to bulletproof this niche, to lock up the category. So I moved to do the same thing with Anheuser-Busch, Hershey, Campbell Soup, M&M/Mars, Nabisco, Pillsbury, and even The California Raisins. The key was to move fast and get licenses with all these companies before anyone else could try to do what I was doing. It worked. Each company, seeing what I was doing with the other companies’ iconic characters, wanted in. I had enough of a runway that it would be really tough for anyone else to break through.

That was just a warm-up for what would become my main company: CelebriDucks. Which, as you might guess from the name and the giant picture at the top of this article, is a line of rubber ducks styled as celebrities—the greatest icons of film, music, history, and athletics.

This concept came from a friend at a party who thought that making rubber ducks of celebrities and calling it CelebriDucks would be funny. 99% of people who heard such an idea would have ignored it. But given my first foray into business, I knew it could work.

It took some convincing: King Features, who owned the rights to Betty Boop, were not quite as amused as I was. But they were kind enough to look at a prototype, and when they saw it, they loved it. And CelebriDucks was born. 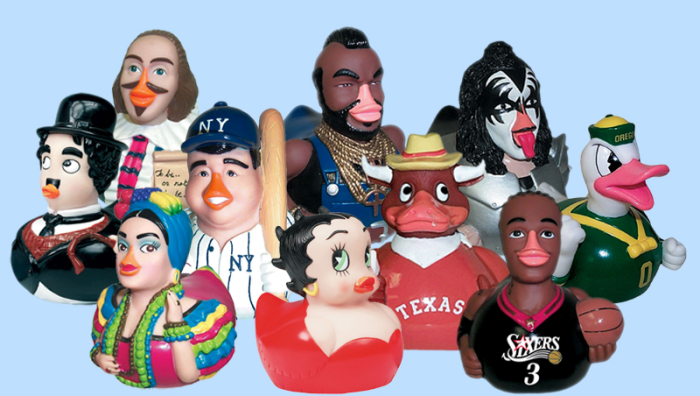 But it took years for us to hit our stride and get it right. I never in a million years would have realized that making a rubber duck could be so difficult. The molds, the sculpting, all the intricate painting spray masks—plus not making them too hard or too soft and getting them to float upright…it was mind-boggling. But that cemented my belief that I had an opportunity to create something that would be very hard for anyone to ever duplicate.

The first step in building the moat around my company was to make sure my product was the best. Not the best of everything that was out there already, but the best of anything that could be out there. I wouldn’t make cheap yellow-only ducks that didn’t float great. I wouldn’t make simple designs that lacked creativity. And I wouldn’t send them in plastic bags. I would make our ducks so unique, so innovative, and with so much detail—plus put them in gift boxes!—that no one would even attempt to copy us. And they never did.

But even with an excellent product, you can’t be a one-hit wonder and expect to survive—even the Pet Rock had a shelf life. So I didn’t just sit pat with Betty Boop. I rolled into The Three Stooges, Charlie Chaplin, James Brown, Groucho Marx, and more, until I quickly had at least a dozen to make some kind of an impression.

Of course, you can make all the ducks you want and still fail if no one notices that you exist. This was back in the pre-social media days when the go-to marketing plan was mailing out press releases. So I did it. I bought the books that had all the contacts to mail to, and I sent out hundreds of press releases. One day, I got a call from a reporter for a paper in Atlantic City, telling me that they got the press release but wanted to know why they should do a story. I told them I was from Jersey and used to spend time in Atlantic City—and that was enough. The reporter ran the story about these crazy celebrity ducks.

That weekend, the vice president of The Philadelphia 76ers read it and called us: he wanted us to create a duck of their superstar, Allen Iverson. We did, and it was a huge hit. Overnight, we had people from the Yankees, the Cubs, Gorton’s Seafood, the NBA all calling, wanting to work with us. I realized I had a whole new company. I made a decision to sell off the animation and become all ducks—and I never looked back.

The takeaway here for you: press can work wonders, and you can’t get press if you don’t try. These days, there are easier ways to make it happen (even if you don’t have a budget), but all it takes is that one journalist to say yes to make it worth your time. At this point, we’ve been featured on The Tonight Show, Conan, and hundreds of media outlets worldwide. And it all started with one paper in Atlantic City.

So this was a great beginning. But I knew that, in order to stay ahead of the game, I had to continue to innovate. I had to do something that would really separate us out from anyone trying to get into our space.

I was a huge fan of Breaking Bad, so I thought I would produce a duck in a hazmat suit making, not meth, but little blue soaps in the shape of ducks. I called it Breaking Bath. From there, the parodies took off. Within a few years, we had 50 new ducks: GooseBusters, Ziggy StarDuck, The Duckinator, Sgt. Peeper’s Lonely Hot Tub Band, Tasting Away in Margarita-Bill—the list went on.So now, on top of the details and great designs, we had the unique names and spins on it. And each one got a unique gift box too. 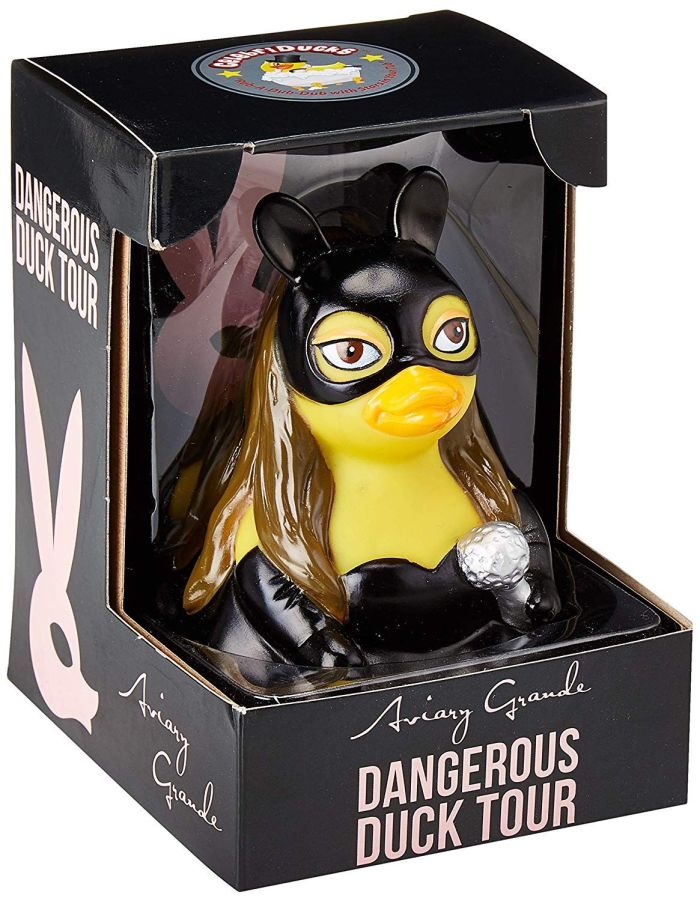 We innovated with the product, and now it was time to innovate with the market. And you know who loves rubber ducks? Babies. So we decided to make rubber ducks out of food- and medical-grade materials, so that babies could use them as teethers. They are 100% made in America, too, which is something people often look for when it comes to baby stuff.

So now our ducks weren’t just fun collectibles—they were baby gifts. It fit our playbook of creating products and niches that no one is going to knock off. Plus, it helped us own the Google searches for this product. Search for “rubber ducks made in America,” “safe rubber ducks,” “American made rubber ducks,” and anything in between, and we’re almost certainly the first result. Not the first page—the first result. 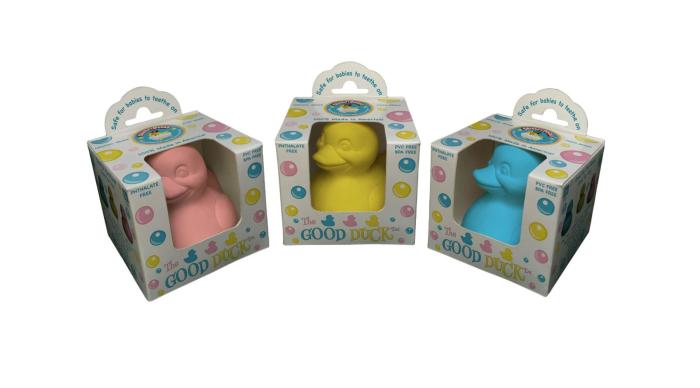 The last thing we did to set ourselves apart was offer smaller-scale offerings of our ducks. If you want to create a rubber duck, most factories all over the world will require you to make at least 3,000-5,000 at minimum (on top of the fact that they aren’t as high quality). As more celebrities and companies were coming to us to create rubber ducks for them, we were ableto offer them 1,000 units to start—another way we bulletproofed our niche.

Someone once said that, after the apocalypse, there will be two things: cockroaches and Cher. I always like to add to that: “and CelebriDucks.” We will always be selling CelebriDucks, and I look forward to one day finding the right people to pass the company on to as I begin work on my next set of ideas.

Craig Wolfe is the finder of CelebriDucks, a new art form of celebrity rubber ducks of the greatest icons of film, music, and athletics. Craig brought the rubber duck industry back to America where it was invented. He is now making ducks for companies and organizations such as Harley-Davidson and The Future Farmers of America. His second U.S. factory in Michigan is now making PVC Free rubber ducks out of food- and medical-grade materials, which are considered the safest rubber ducks in the world for babies to teethe on. Want to see your work on the Zapier site? Read our guidelines, and get in touch.

I hope that you find the above useful or interesting. You can find similar content on our site: https://rankmysite1st.com//site/