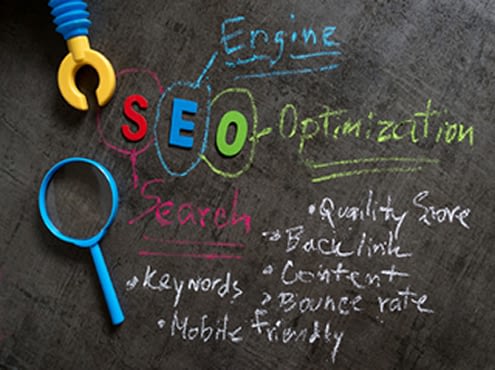 I’ve been writing for a really, really long time: I took my first writing workshop when I was eight. In that three-month course, I produced a Nancy Drew fanfic that I hope will stay buried in my parents’ basement forever.

Now that I get paid to write and have a shred of credibility, folks often ask me how they can improve their writing. Usually what they’re after is advice on how to write better sentences that make sense while avoiding embarrassing errors.

And I almost always give the same answer: learn grammar, mechanics, and figures of speech.

When most people hear the word “grammar,” they think of arbitrary rules that are difficult to understand but that they’re somehow always breaking. Chances are, you’ve been the victim of someone gleefully pointing out that you’ve broken such-and-such arcane language law—and being, quite frankly, a bit of a jerk about it.

But grammar and mechanics aren’t valuable because they’re prescriptive. Grammar isn’t good for grammar’s sake; you shouldn’t understand it simply so you can do things the “right” way. There’s no intrinsic value in that. You can write a grammatically correct sentence that’s still terrible, like the Buffalo sentence.

Instead, grammar and mechanics are tools that help you make informed artistic choices. Likewise, figures of speech are more than just idioms or cliché: they’re common ways of arranging words for rhetorical effect.

Together, these form a powerful toolkit for improving your writing.

Because I’m an enormous arts nerd, I think music is a helpful analogy here.

There’s no way to describe music that doesn’t come off as a gross understatement. Music has power that people often don’t: it can make you feel the full spectrum of human emotions with just a handful of pitches. Music can evoke incredibly nuanced feelings in us. There’s music that’s nostalgic, and music that’s wistful, and humans can hear the difference between the two.

But that difference has a somewhat-cohesive theory behind it. There’s a reason—well, more like countless reasons—Fauré’s Requiemfeels different compared to Mozart’s or Verdi’s, despite sharing the same subject matter.

You don’t need to understand music theory to sing on pitch or join a cover band. But unless you’re a prodigy with an almost infinite amount of natural talent, you’ll probably struggle to create music or play in group settings without an understanding of at least the basics.

That’s because music theory gives you the ability to make choices, from the most fundamental—like what key you’ll play or compose in—to the more complex, like how you want to reharmonize a piece. As recording artist and noted harmony expert Jacob Collier explains, “As a musician, the more options you have to intuit through or with, the more interesting your palette is.”

Grammar and mechanics work similarly for writing. They help orient you amidst the vast ocean of creative possibility. You can choose how you want your writing to sound—and know how to manipulate your words to make it sound that way. Most importantly, you’ll know when it’s right to break a rule or a traditional practice.

The other day, for example, I was writing some words for a page on the Zapier website. We wanted to include a callout inviting folks to start a free trial of Zapier.

When you’re writing a phrase with multiple adjectives (words that modify nouns), they traditionally go in a particular order: opinion, size, physical quality, shape, age, color, origin, material, type, and purpose. That’s how you get phrases like “The quick brown fox.”

In my case, I wanted potential customers to know that a Zapier trial is both two weeks long and that it’s free. Traditionally, we’d order those adjectives as

But in some cases, I might want to emphasize “free”—so I could choose to break the rule by putting that adjective first.

Breaking a grammar rule is itself a figure of speech known as enallage. Enallage is what’s at work when Lewis Carroll writes “Curiouser and curiouser”—or when I choose to use the present tense here when describing historical figures.

People are pretty smart on an intuitive level. You don’t need to understand music theory to listen to Bach, listen to Berlioz, and immediately and instinctively grasp the differences between the two. But if you want to compose like Bach or compose like Berlioz, or appreciate them on a deeper level, it helps to understand what each does with their music, technically speaking.

The same is true for writing. You can probably already hear the difference between Ernest Hemingway and Kristin Hannah. But if you want to bring a similar style to your own writing, you need to understand what you’re hearing.

It’s one thing to read about Julius Caesar, for example,and notice the distinct ring of that famous line:

I came, I saw, I conquered.

It’s another thing entirely to understand that Caesar is using asyndeton, the purposeful omission of a conjunction, for effect. Had he chosen to say, “I came, and I saw, and I conquered,” the line would sound less forceful, less matter-of-fact.

Once you know what asyndeton is, you’ll start to see it everywhere. “Of the people, by the people, for the people.” “Clear eyes, full hearts, can’t lose.”

The same is true for other figures of speech, too. Understanding the nuts and bolts of language will help you identify what you like about someone else’s writing—or what a particular bit of writing does effectively—and mimic it while still developing your own voice.

In an ideal world, no piece of writing would get published without first being edited. And if writing is your profession, this is almost always the case. This truth is why I’m so shocked that books like Ready Player One ever get published in the first place. I can’t imagine how it must have read before it was accepted for publication and an editor got their hands on it.

Understanding grammar and mechanics helps you self-edit in two ways: it trains you to identify where your writing has gone off the rails, and it gives you the vocabulary to express why. Once you understand what subject-verb agreement is, for example, you’ll be better able to catch when subject-verb disagreement slips into your writing.

Ok, but how do I get started?

If you’re ready to start improving your writing, here are my tips:

Most importantly, be patient with yourself. Even the best writers take time to develop; Donna Tartt famously only publishes a new book every ten or eleven years. You don’t need to master grammar and mechanics tomorrow. You don’t even need to master them, period. You just need to add them to your palette as another color to paint with.