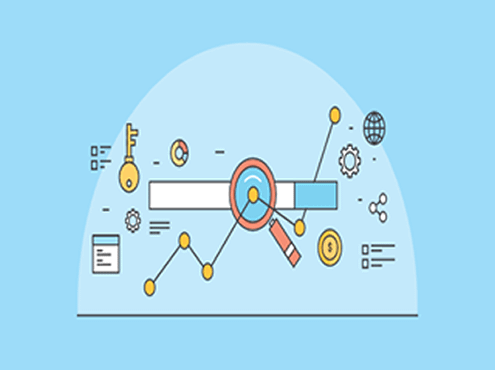 Have you ever wondered what your life might be like in a parallel universe? Maybe you’re more courageous and you do the things you’re too afraid to try in this universe. Maybe you followed your childhood dreams and became a full-time princess astronaut. Maybe you helped the world avoid a global pandemic (If only, right?). Or maybe you’re a scary doppelgänger who’s actively trying to hunt down and replace yourself.

We asked members of the Hurrdat team what they envision for their parallel selves in a parallel universe. Here’s what they had to say…

If I were to imagine what my life currently looks like within a parallel universe, I would say that I am, in fact, already living in that one right now. I was born and raised in Nebraska, but I moved away to Kansas while I was still very young. Only a year ago did I finally return to Nebraska, where most of my family is and where I currently work.

Growing up in Kansas for a decade but still considering Nebraska to be home for so long made it very exciting for me to come back to be surrounded by things I vividly remembered as a child. And now that I’m here, everything seems to be the same…but also totally different. It’s much smaller in scale than I recall, and there are more places to explore around me outside of the zoo or children’s museum. It’s almost as if the moment I moved back, I crossed over into a parallel universe and left the old one—the Kansas one—behind.

I would have to say that this parallel universe is more suited to me, especially now as an adult, as I’ll always feel more grounded here. If I were ever to move away from Nebraska again, I imagine it would open another parallel universe for me to step into—that is, until I decide to return to this one again because this feels like the main one, and I think it always will be.

I have so many fond memories of this state—Omaha specifically speaking—so I’d like to say this version of me is probably one of the better ones out there. It helps to be able to look out my window and see real hills and huge trees (Those don’t exist where I lived in Kansas), as well as slightly better seasons!

Assuming there are an infinite number of parallel universes, the most interesting version of myself probably exists in the one where I’m a cow-girl. Not a cowgirl, as in a girl who herds cattle, but a human girl who was raised by a herd of cattle.

Once, when I was a small child, I ran away from my grandmother’s house. It was Thanksgiving, and I had gone over to her house early in the day to help out before everyone else arrived. But when we were done, I got bored. My house was only about a mile away, and since we all lived out in the middle of nowhere, I didn’t have to worry about stranger danger if I decided to walk home alone. So I did.

While my grandmother was in another room, I slipped out her front door and began what felt like a very long journey home. Given that this was out in the country, I was walking alongside a dirt road with a corn field on one side and a pen of cattle on the other. I was about halfway home when I started to get very unnerved by the way the cows were looking at me. As cows do, they just stood still and stared. And despite growing up in the country, I was suddenly petrified.

In this universe, I sat down and cried until my grandma came and got me. However, I’d like to think that in a much more interesting universe, the cows adopted me into their herd, and I assimilated to the bovine culture—Julie of the Wolves style.

If cow-girl Chelsea is out there somewhere in space time, I hope she’s doing well and that eating grass all the time isn’t getting too boring. Then again, I’m also a vegetarian in this universe, so maybe we aren’t so different after all.

In eighth grade, my reading teacher had all of us write a letter to the soon-to-be high school graduate version of ourselves that we would open on graduation day. In that letter, 14-year-old Christian said that he would probably be getting ready to be drafted by the Celtics but would settle if it was just the Lakers. Those dreams were quickly killed when the NBA instituted its one-and-done rule shortly after I wrote the letter.

The truth is that I’ve been terrified by the parallel universe question since I watched the “Mirror Image” episode of The Twilight Zone. In it, a woman is waiting at a bus stop. She begins to experience strange things: People who she’s never talked to saying that she’s spoken to them, her luggage mysteriously moving around, and seeing a duplicate of herself in a mirror.

After fainting, she tells the people attending to her that she believes she has a doppelgänger who arrived here due to two planes of existence converging, and that her doppelgänger can only survive by eliminating or replacing her. I won’t ruin the rest, and I left a lot out, but you should check out that episode if you like Jordan Peele’s Us.

Long story short, I don’t know what I’d be doing in a parallel universe, but I do know that I’m more likely to fight another version of myself in this one than ever start at forward in the NBA.

Growing up, my dad worked for the outdoor retail company, Cabela’s. He was involved in opening new stores, which caused us to go to a different Cabela’s location weekly. We would change routes on family road trips to maximize the number of store locations we could visit.

Whenever we entered a Cabela’s, my dad was laser-focused on speaking with cashiers, shoe salesmen, or managers. Before beelining it to the employees, he would give us $10 to feed into the arcade game “Big Buck Hunter.” Having Big Buck Hunter as a babysitter allowed me to become wicked good at the game. In a three-game series, I haven’t been beaten in over ten years. However, I’ve never played competitively.

In a parallel universe, I pursue a career in Big Buck Hunting. The Big Buck World Championships take place every year in Vegas. Most competitors qualify through the Big Buck Hunter loyalty card that’s scanned on the machine before games. Instead of qualifying through this normal process, I imagine my pathway would look more similar to Jack Dawson winning his ticket onto the Titanic.

Once in the tournament, I soon would garner respect from the Big Buck Hunting community. After a few years competing in and winning the championships, I would leverage my stature to advance the sport of virtual hunting. My team would develop programs for underprivileged youth, bring additional machines to rural areas, and create a competition circuit of our own. We would then monetize this community of like-minded Big Buck Hunters by hiring Hurrdat Media to create digital products like podcasts and YouTube channels.