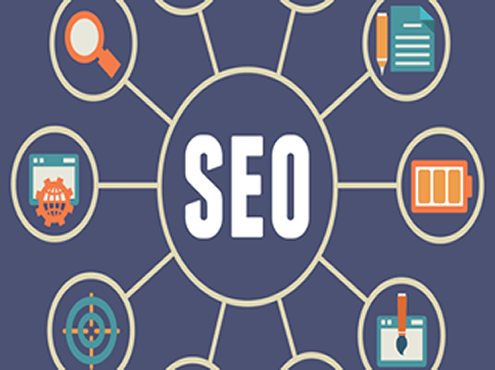 This article was shared by HurDat.

Do you remember the sports you played as a kid? For many of us, that was our first introduction to athletic activities. Our parents signed us up for tee-ball, peewee football, and youth soccer when we were little, and we slowly worked our way up into intramural and competitive sports in middle school and high school.

But not every sport was our jam. There was always that one sport that we looked at and thought “Hey, this looks like fun!” only to find out that it was not, in fact, fun…and we were actually very bad at playing it.

We asked members of the Hurrdat team about their childhood sports experiences and which sports they tried to play and failed at. Check out what they have to share below!

I love playing almost any sport, but baseball is the one I really didn’t enjoy as a kid. Up until third grade when kid pitch started, I actually liked it a lot. Going into third grade, I had no reason to think it would be my last year of baseball, but I was very wrong. I was living in Phoenix, AZ, and ready to have a great season for the Diamondbacks. Then, it all changed…

Very early in that first season of kid pitch, I got hit several times by pitches and one happened to hit me in the face. After that, I really didn’t like batting anymore. I still loved playing defense, but from that point on, I just went up to the plate to get walked. I think I swung at only a handful of pitches the entire rest of the year, and that was the last time I played baseball.

I’ve always enjoyed watching baseball ever since, and I still like playing catch, but of all the sports I’ve played growing up—basketball, golf, tennis, volleyball, soccer, cross country—baseball is definitely the one that just wasn’t for me.

I like to think of myself as athletic, and I think it’s safe to say that so would most of my friends and family. I grew up with a ball. I started soccer, the one where kids run around in a bunch at 5, and then I moved onto basketball, playing both competitively until I retired each pair of shoes respectively. Now, I stick to water, snow, and golf. My knees and head thank me.

The little white ball hasn’t always been so great to me though. Let’s talk about the other pride of all Nebraska. Volleyball. Where the tall kids who could jump would be successful. I was that kid. My mom put me in the sport too early, where each player had to toss it over the net, catch it, then toss it and throw it again. I had never done anything so slow or so boring in my life! We didn’t run, didn’t hit anything hard, and stayed planted on the ground. Needless to say that didn’t last more than one season and, to this day, I’m not invited to play sand or court volleyball with friends.

The other little white ball that has never been my friend is the softball. As an adult, I use my golf game as an excuse to not play. Heaven forbid I ruin my swing! Truth be told, I can’t hit the darn thing! So I have to take a walk, strike out (which means buy the beverage of choice), or hope and pray to swing correctly and land on a base!

We’re all athletic in some way, I’ll stick to what I know, especially in my retired body. Golf, water, snow, and some coaching from the sidelines are my go-to activities from here on out!

So I grew up around baseball. My dad played baseball in college, and I went to just about every Omaha Royals game as a kid. I really loved the game, and I was pretty good at playing it, too. But the sport that I had always wanted to try as a kid was football. Unfortunately, I wasn’t good at it, and I think it’s because I had a slight weight problem as a child—basically because I ate way too much cheese and laid down all the time.

I grew up in Waterloo, NE, which was a town of about 500 people. Sports was just something every kid did. I was good at baseball and decent at basketball, so I thought I should try football. All the tough cool guys played football. So I went out for my middle school football team. I made it through exactly one practice.

At the end of that practice, we did a drill called the monkey roll, I think? The monkey roll is where three guys lay on their stomachs side by side next to each other. The guy in the middle pushes himself up with his arms and legs (like a jumping pushup) and thrusts himself over the top of the guy to the right of him. That guy then rolls under the jumping player to assume the middle position. That rolling player then pushup-jumps over the guy to his left, while that guy then rolls to take his spot in the middle. That pattern continued until each kid—or at least me—almost died.

I knew instantly that was my last practice of football ever. That drill alone was too hard, and my helmet was too heavy. ✌️ football!

I think the question should be “What sport did you try and succeed at as a kid?” because that list would be a lot shorter than the one I am about to give you.

My parents were the kind of parents that enrolled me in every activity possible growing up. With my permission, of course. What kid doesn’t want to spend more time with their friends outside of school? That was the issue, though. I never actually thought I would be good at any of these sports. Here’s my experience with a handful of sports I attempted as a kid.

Soccer? I learned quickly that I’m not very coordinated with my feet and hated all the running. Dance? One bad costume malfunction in my pre-teens left me so embarrassed and begging my mom to never go back. Basketball? Okay, I despised basketball growing up. I learned I’m not made for contact sports. I would get so angry when some sweaty, overly aggressive girl would be guarding me and all up in my business. I’m also taller than the average woman, so my coaches always had me playing the article position, leaving me to battle it out with 6-foot tall gals. I’ll stop there.

Luckily, through trial and error, I did find a sport I excelled at. Softball! Which took me all the way through college. So I guess you could say it was all worth it! Oh, the memories of childhood sports…