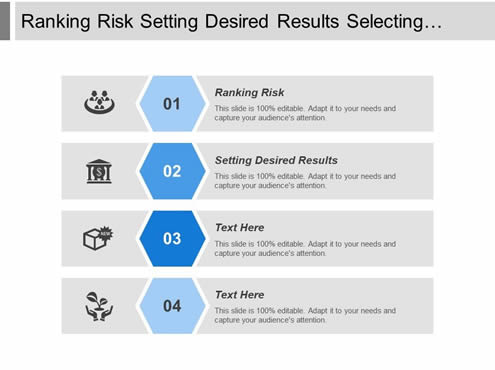 Because Google wants its SERPs (and we want our SERPs) to stand out as the places where people find exactly what they need. Google is coming at this goal from several different angles, but there’s one particular hand I want to be sure to deal you in on today if you’re marketing local businesses: local justifications.

It’s okay if this is totally new to you — I’ve noticed that local justifications have gone largely unremarked. Today, we’ll quantify the prominence of these fascinating snippets, and show you how to play a winning hand that can enable you to stand out from your local SERP competitors in exciting ways!

What are local justifications? A local justification is an extra snippet of text Google can display on business listings in the local packs, local finders, and Google Maps to signal to searchers that a feature of the business specifically matches their perceived intent.

In the above example, Google is matching my search for “accent chairs corte madera” with a highlighted notification that these furnishings are available at nearby stores. These notifications really stand out in the listings and have the potential to improve click-through rates on your listings.

Justifications have been around since at least 2019, and it was former Google staffer Joel Headley whom I first heard share Google’s terminology for this listing feature.

How common are local justifications?

My wise friend and colleague, Dr. Peter J. Meyers, has done an outstanding job tracking the presence of all kinds of featured snippets in the SERPs over the years. I was thrilled when he offered to track local justifications for me so that we could try to put a number on just how common this form of textual snippet has become in the local packs.

Pete fired up MozCast, which tracks 10K keywords daily — half of which are generic to the US and half of which are localized to specific cities across the country. Here is what he found for us regarding desktop results:

Pete wanted to be sure we mentioned that MozCast is skewed towards head terms rather than longer-tail terms, and he was most commonly noticing justification types for broad product/service keywords and categories. What we both thought was amazing is that more than half the local SERPs contained justifications, most commonly on all three listings in the local packs.

If Google is dealing out justifications at this lavish rate, local business owners and their marketers should definitely ante up, and start acting to influence these snippets as much as possible.

Cards on the table time.

What are the types of local justifications and how can you influence them?

There’s a virtual Animal Rummy deck of local justifications in play now, taking intent-matching to new heights. It’s quite possible that I haven’t spotted all of them, and if you know of others, please mention them in the comments. These are the seven types I’ve most commonly seen, with notes on how to influence them when it’s possible to do so.

Review justifications are sourced from Google My Business reviews. Finesse your review acquisition requests to prompt customers to discuss specific, longer-tail aspects of what the business provides, and you could see their language excerpted like this to specifically match the refined intent of a searcher. I’ll mention here that my search was for “organic produce X city”, but I also saw Google making semantic connections between “organic produce” and “organic vegetables” that they highlighted from other reviews.

Website justifications are pulled from the website linked in your GMB listing. Note that the linked URL does not have to be the page that mentions the topic featured in the justification. In my example, the listing pointed to the website homepage, which did not specifically mention “jewelry repairs” in the main body of the page. Rather, that terminology was in a dropdown link in the navigation menu, which then points to a page for that service.

That being said, you might experiment with optimizing the GMB landing page with a term you’d especially like to see highlighted as a justification, and see if Google picks up on it. It’s wonderful to think that, as you have full control over your website’s content, your on-page strategies will underpin your justification efforts.

Likewise, you have full control over your Google posts content, and highlighting longer-tail intent in what you write about, like “custom-created engagement rings”, could win you an eye-catching justification like this. The good news is that these justifications don’t have to be pulled from your most recent post. I saw examples of excerpted content from posts that were over a month old.

These appear to be pulled straight from the Services section of your Google My Business dashboard. I believe the Services section debuted in 2018, and if it’s available in the left hand navigation menu of your dashboard, definitely add as many relevant services as you can think of to influence this type of justification.

Around 2017, Google really began ramping up its menu features in relevant GMB dashboards. I haven’t been able to confirm whether menu justifications stem solely from GMB listing menus, so be sure your menu is also accurate on your website — and on any third-party delivery services you may be using — to prevent inaccurate information in this type of justification.

In stock justifications appear to originate from Google’s “See What’s In Store” (SWIS) program, which leads to results like this for the Crate and Barrel location in my example. Google’s SWIS function debuted in 2018, linked to their partnership with point-of-sales solutions provider Pointy — a company they then acquired in early 2020. In 2021, the best starting point for determining eligibility and uploading inventory is this Google Merchant Center doc: List your local products for free on Google. Google Platinum Product Expert Yan Gilbert confirmed for me that you’ll likely need to use a solution like Pointy or DBAPlatform to get this up and running, and verification can take several months, but the visibility of your inventory could be well worth it.

The nice thing about SWIS is that, for now at least, the product interface guides users to your website, rather than having transactions take place through Google for a fee. If you’re eligible, definitely consider joining this program to boost your chances of earning “In stock” justifications.

This is the most mysterious of the seven justification types I’ve seen. It stems from data Google has about your business, but the sources are unconfirmed, and could include your website, your reviews, and the user feedback Google aggregates from the “Know this place?” fact-checking pop-ups associated with Google Maps. Because we can’t verify a single source for this data, this would be one of those cases where you simply want to employ the general best practice of publishing as much information as you can, in as many places as you can, about the products being sold by any local business you’re marketing.

Intent is a high card, but questions remain It’s inspiring to think our local search marketing efforts can influence Google’s ability to more closely match local search intent, but there are questions surrounding them that deserve further study, including:

Why aren’t the other 43% of the businesses we looked at winning justifications? If they have websites, reviews, posts, inventory, and other qualifying assets, why doesn’t Google give them justifications treatment? Obviously, you can never force Google to display something like a justification, but if you have the assets required to merit this treatment, why would Google withhold it?

Why does Google choose one justification type over another? For example, if a business has both a review and a Google post that mention “organic salad”, how does Google decide to display the review justification over the posts justification, or vice versa? Is there some sort of if-then hierarchy happening here in which one type of justification is considered more powerful than another?

To what exact degree does the presence of justifications impact CTR? A study on this, alone, would be great.

Would one type of justification have a more significant impact on CTR than another? For example, is an in-stock justification a much better call-to-action than a review justification, generating more user actions? If you do a study on this, please let me know, as I’d love to read it.

I hope the Moz community will be inspired to investigate these concepts further, but for now, the main takeaway is that if we can nudge Google to better match the intent of searchers via the diverse types of content emanating from our efforts, it’s a high card for the local brands we market.

Because even when we achieve good visibility in local packs, local finders, and Maps, we’re still aiming to be the one business that really stands out in a dense field of options. If any aspect of our listing signals to a customer that our business is the one that can best fulfill their intent, it’s such a win. Justifications would certainly qualify as a big signal, and happily, one that’s at least partially actionable for the local brands you market.

I hope you all found the above useful & interesting.
You can discover similar content here on our main website: https://rankmysite1st.com/blog/