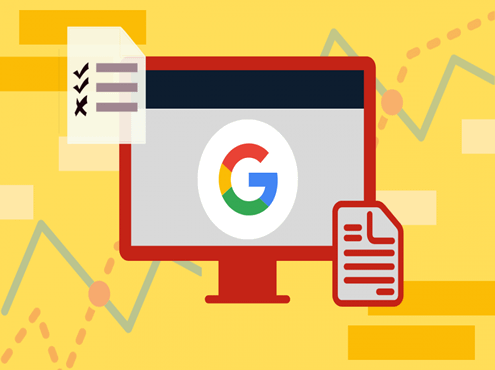 This article was first published by Neil Patel.

In marketing, everyone says you need to pick a niche.

And mainly because people believe the following things…

In other words, you make money faster because there are fewer competitors, but that isn’t really true.

Unless you are looking to create a “lifestyle” business, the riches are not in the niches.

And I wouldn’t recommend going after a niche.

By no means am I trying to say you should raise venture capital or even need to.

But ask yourself this… what major venture, or venture fund at all, funds niches?

Companies that raised money a long time ago from VCs such as Google, Facebook, Airbnb, Apple… and the list goes on and on… are all examples of companies that go after big markets.

And that’s what VCs want… the elusive “unicorn”. A company that hit over a billion-dollar valuation, which doesn’t happen when you go after a small market (aka. a niche)

Even the funds that specialize… let’s say fintech venture funds, aren’t going after niches. Fintech is a massive category and isn’t really a niche.

In other words, they don’t go after “niches”. Why?

Well, let me tell you a quick story that will explain why…

Years ago, I was speaking at a conference in Seattle. It was more so a panel.

It was me and Rich Barton.

If you don’t know who Rich Barton is, just think of Expedia, Glassdoor, and Zillow. He is the founder of all 3 of them.

Someone from the audience asked him… “what type of companies do you invest in”.

His response was simple… “big markets”.

He didn’t mention niches. He said entrepreneurs should go after big markets because it is roughly the same amount of work to create a business in a small niche as it is in a big market. So why limit your upside?

And then to make the message even more clear, he gave us all a baseball analogy. When you go up to the plate and swing it takes the same amount of effort to swing a single, double, triple, or home run. So might as well swing for a home run each and every time.

It takes the same amount of work…

And believe it or not, it’s actually easier to generate more revenue when you are in a big market, versus going after a niche.

A great example of this is my latest company, NP Digital. It was the 21st fastest-growing company in the United States according to Inc Magazine.

My other businesses were not on the fastest-growing companies list in the past.

You could say some of it is luck or the right timing. But that isn’t the main reason it is on the list.

You could say great execution, but I worked just as hard on my previous businesses.

And you could say I have more experience now and I do… but I also had a lot of experience when I started the business before this one.

The big difference on why this business is growing so fast is because it is in a big market… advertising.

That’s it! Seriously, that is the big difference between this business and others. My previous businesses were in “niches” or smaller markets.

This one is in a bigger market. Which makes it easier to generate revenue.

For every excuse, there is a counterpoint

I was at a conference the other day and a few people talked to me about going after a “niche” which encouraged me to write this blog post.

They used the same logic that I mentioned at the beginning of this post in which:

“It’s easier if you create a business in a niche”.

Well, let me break down a few things for you…

If you want to go after a niche, you can and there isn’t anything that is wrong with it. But your upside will be limited.

Sure, you can have a great lifestyle business and if that makes you happy, by all means, go and do it.

If you want more, then you are going to have to create a business in a larger market.

So, this brings me to the real question, is your business or the company you work for in a “niche”? If so what’s your game plan?

We hope you found the above of help and/or interesting. Similar content can be found on our main site here: https://rankmysite1st.com//blog/

Let me have your feedback below in the comments section.

Let us know which topics we should cover for you next.