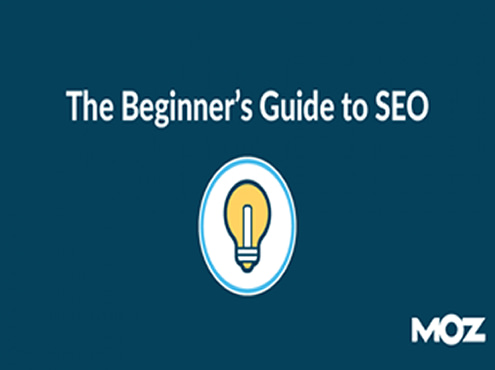 “Have you heard of the critically acclaimed MMORPG Final Fantasy 14? With an expanded free trial which you can play through the entirety of A Realm Reborn and the award-winning Heavensward expansion up to level 60 for free with no restrictions on playtime.”

This popular “copypasta” meme for my favorite game, Final Fantasy 14, jokes that players are obsessively trying to get their friends to play through word-of-mouth advertising. And there’s plenty of truth behind it—FF14 fans are notorious for sinking hours into the game and encouraging their friends to join their obsession.

You could call me one of those fans.

So how did the FF14 team manage to build such a loyal customer base? The answer goes beyond game quality. The people behind FF14 actively invest in business and marketing practices that build customer trust.

In my two and a half years playing the game, I’ve noticed five main things the FF14 team has done to get fans like me to stick around—and spread the word.

Own up to your mistakes, and make the fix about your customers 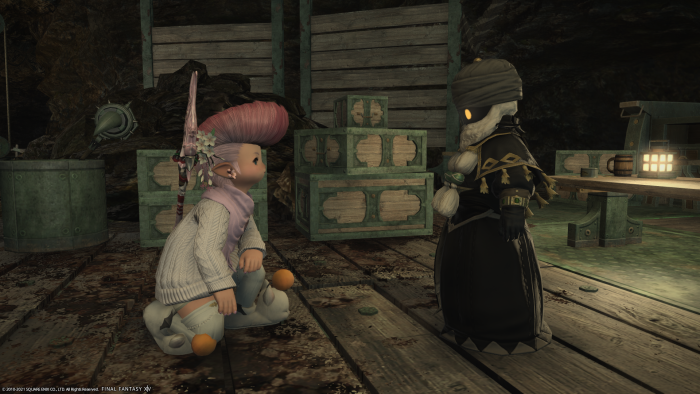 This is my FF14 character, Bobot. She’s a marketer, too!

While FF14 is a resounding success today, its launch version was the total opposite. In fact, the original team shut down FF14’s first version due to negative reception. The game received a new director, Naoki Yoshida, who performed a complete rehaul. According to Yoshida, “…the priority, I felt, was that it shouldn’t be about the business, but to regain the fans.” The new team focused on building trust with players from the ground up, and FF14’s “A Realm Reborn” is still going strong seven years later.

What can your business learn from this rebound? If you make a mistake that affects customer trust, don’t be afraid to take bold action to fix it. And make sure that you center your customers in that action, too.

You can keep your fix customer-centered by asking for direct feedback or involvement from them. Set up a conversation with a willing customer, or send out a survey. Once you understand how you broke their trust, make it your top priority to re-establish it—even if it might mean lost profit at first.

In some cases, you can even recruit your most loyal customers to help you design products and features that rebuild trust. When LEGO had trouble selling products in the early 2000s, they hired hardcore LEGO fans as their new designers. By 2014, LEGO had a strong enough following to release one of the year’s largest movie debuts. 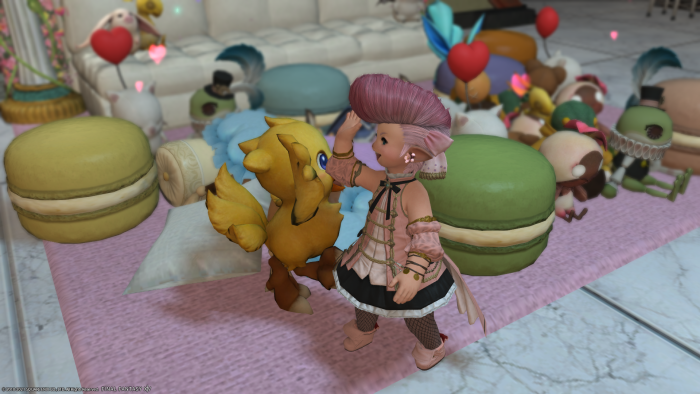 Since the FF14 team had only two and a half years to revamp the original game, they broke down every step of development into smaller parts. And I mean every step, including bathroom breaks. All organized in a spreadsheet.

This commitment to schedule consistency continues in the game’s updates, which release like clockwork. And fans know what kind of content to expect in each update. For example, as someone who creates my own items, I have a good idea of which patch numbers will give me new weapons and armor to make.

Regardless of the resources you have, make sure you release your marketing and product updates on a consistent schedule. Even if you can only offer something once a month, stick to that pattern, so your customers know what to expect from you.

After all, consistency leads to excellent customer experiences that build loyalty. Once someone gets used to their first product or piece of marketing content, they’ll expect a similar experience with their next. Don’t give your customers whiplash with irregular releases or messaging.

If we learn anything from the FF14 team, it’s that you don’t need anything fancy to stay on schedule. A simple spreadsheet did the trick for them, or you might take it up a notch and use a free project management app. Once you have your tool of choice, block out your major and minor releases, and establish who’s responsible for them. It’ll be easier to stay on track when everyone knows what they need to do in advance.

Stay in touch with your customers 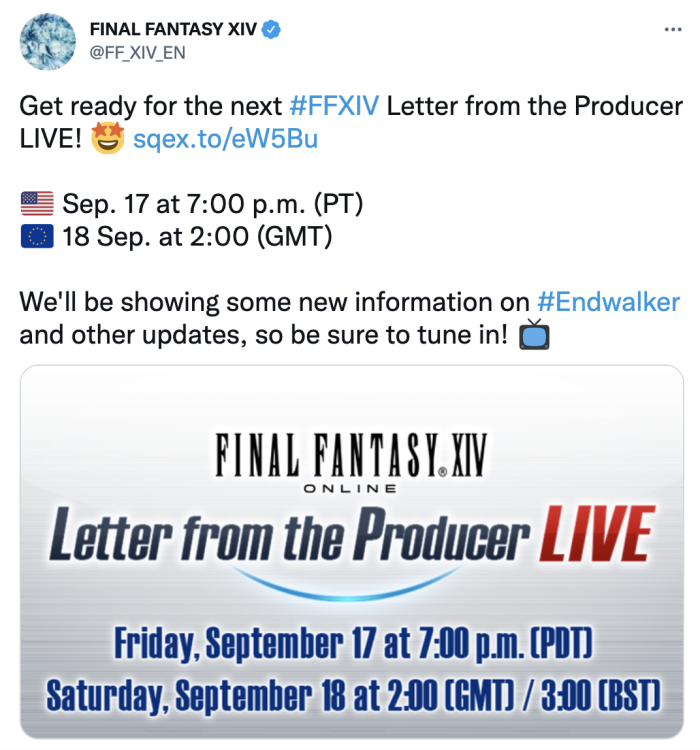 FF14’s development team keeps fans updated on the game’s future course with regular live streams called Letters from the Producer. These streams give the team a chance to build excitement about future updates and provide their reasoning for making certain product decisions.

For example, as I write this post, the next Letter will focus on updates to FF14’s battle system and jobs (playstyles). It will let me and other fans know what to expect from the game experience in Endwalker, the upcoming major patch/story update. Even if they end up making a decision I don’t agree with, the team will let me know why.

Keep your customers updated between major product and marketing developments. You have tons of ways to provide these updates: announcement blogs, social media, email newsletters, and customer communities. Don’t expect to swing full live streams for every update like the FF14 team—it’s all about founding an approach that works for you and your customers. For example, Sheetz takes advantage of Twitter’s short format and fast pace to provide constant updates on store openings and other brand developments. They’re also quick to respond to feedback on those updates.

Check out how they replied to a customer asking for more Maryland openings in response to a store opening announcement:

“Oof, we’re headed west at the moment.” Even though Sheetz can’t meet that customer’s request right now, we know it’s because they have a certain goal in mind. Simple but sufficient. 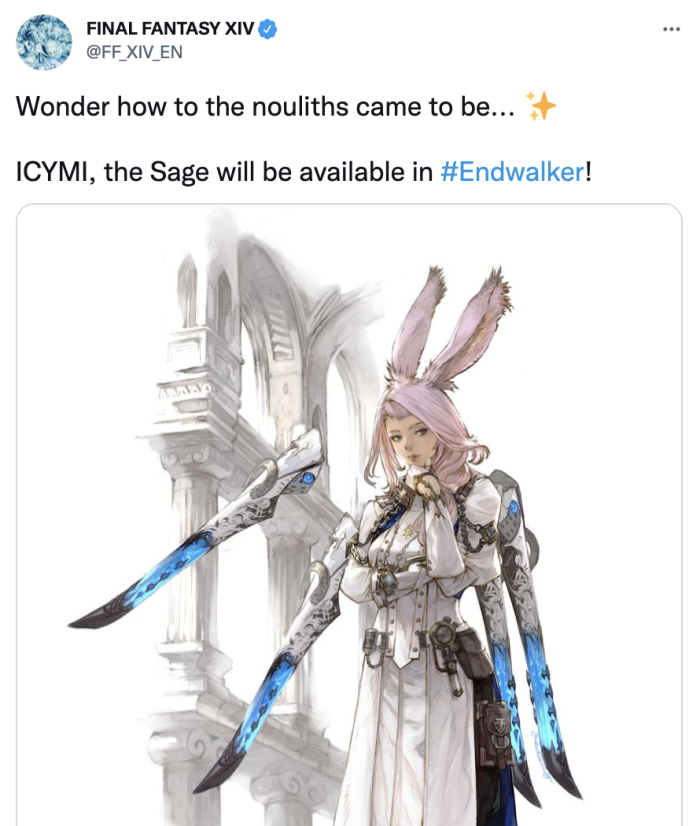 Each FF14 job has a unique icon used all over the game and in its marketing materials. After the FF14 team revealed the icons for upcoming jobs, players with trypophobia—an aversion to holes and clusters—brought up that the icon for the Sage job made them uncomfortable. The FF14 team listened to these concerns from fans with a lesser-known condition and changed the icon to get rid of its holes.

Pay attention to customers who might often be dismissed by other organizations. If you can make your customer experience more inclusive, it benefits the customers and your business. Most people want companies to support inclusion and social change, so don’t be afraid to step up if you appreciate those values.

Geek out with your customers

The people who make FF14 are also big fans of the game themselves. Director Yoshida dresses up in costumes of the game’s new jobs during fan festivals. And FF14 has an involved community team that provides in-game challenges any player can join.

Look for ways to share joy in your product with your customers, and keep that joy genuine. It’s easy to tell when you’re pretending to care about a product or feature, but if it genuinely excites you, share that: personal angles give your marketing content extra impact.

For example, if you’re a SaaS company, what tips do you have to share from your personal use of your product? Zapier data scientist Kristie Wirth wrote about how they use Zapier to automate their personal busywork, and the excitement about the product shines through. When you enjoy your product on your customers’ level, the brand feels more relatable—and memorable.

Make your customers feel cared about

All of these tips boil down to one principle: your customers are human. The FF14 team has such customer-friendly marketing and business practices because they show their fans genuine appreciation. Treat your customers with care and enthusiasm, and they’ll return the favor.