Since I was 16, my morning routine began by checking social media.

Flooding my brain with cheap dopamine was imprinted in my neural circuitry. I couldn’t imagine not scrolling first thing in the morning. What would I be missing?

But it turns out those early-in-the-day social media binges were sabotaging my life. It sent my stress levels soaring. It hijacked my attention. And instead of empowering my own mornings, I’d blatantly hand over that privilege to my phone.

The effect of no-social-media mornings

It all started as an experiment.

I was working with a life coach, and he challenged me to give something up for a month. Teetering between carbs and social media in the mornings, I ultimately opted for the latter.

It’s now been 366 days (and counting!), and I don’t ever intend on going back. What began as a test turned into a practice that has completely changed my life—and continues to do so.

It catapulted my productivity to new levels

On the first day of the experiment, I knocked out my entire to-do list before 11 a.m. I remember sitting at my desk, stunned. How did that happen? Turns out I’d removed two time-suckers:

This is a nefarious cycle. Constant task-switching doesn’t allow us to do deep work. We condition ourselves to avoid difficult tasks. And ultimately, we contribute to our own stress. 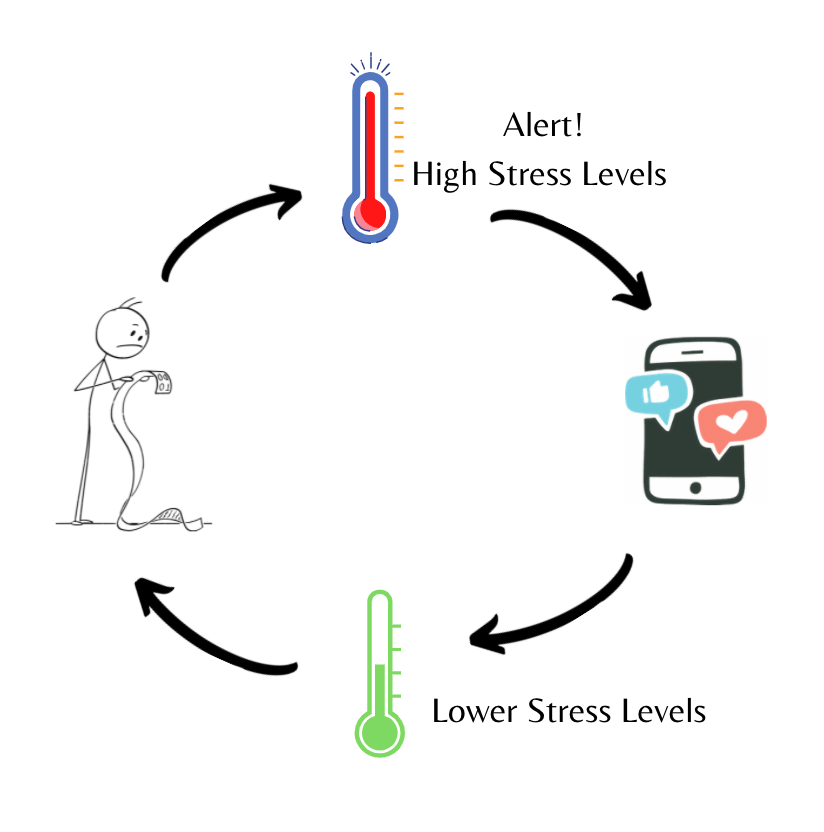 Take this article. When I started, I felt a bit of writer’s block. Usually, I’d hop on Twitter. Twenty minutes later, I’d be full of cognitive clutter and the article would still be unwritten. But since social media isn’t an option, I just keep writing. And wouldn’t you know it—I end up squashing the writer’s block instead of prolonging it by scrolling through Tweets. Magic.

I began creating instead of consuming

When we go on social media first thing in the morning, we’re letting our phone spoonfeed us whatever it likes. Maybe it’s the latest drama with Pete Davidson. An advertisement for McDonald’s. Or a stranger’s engagement.

When you start your day blindly consuming information, you pave the way for a passive life. Because instead of working on your own ambitions, you spend your time reacting to other people’s stuff.

But wouldn’t you rather create instead of consume?

Forgoing social media not only gave me more time to focus on personal projects, but it also restored my imagination. Since our creativity levels are highest in the mornings, I could capitalize on this fertile creative soil to produce some of my best work. It resulted in tonsof new personal passion projects, including launching my newsletter and website and setting the foundation for my new eBook.

I became aware of my negative thoughts

I half-expected to become more creative and productive during this experiment. But I didn’t expect just how self-aware this challenge would make me.

Without social media, my day was now broken into two parts: a morning without social media and an evening with. It made the before-and-after effects crystal clear. Self-doubt, imarticleor syndrome, and anxiety almost alwaysarose in the afternoon.

For example, one morning, I led a Q&A call with aspiring freelance writers. It went well and was my first ever (paid!) speaking engagement. By all accounts, I felt fabulous. 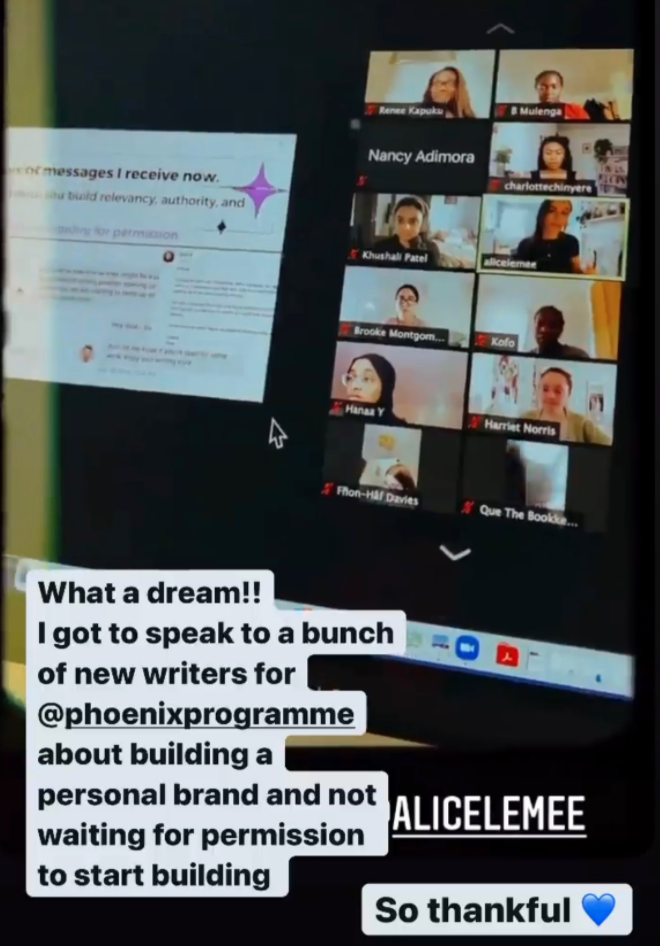 After wrapping up, I hopped on Instagram. I then noticed how another speaker at the same conference had twice as many students show up to their event. Wow, I actually kind of suck, I started to think. But because I was aware of the day’s timeline, I paused. One moment ago, I was elated. Now, I’m upset. What changed?

“Becoming aware of your mental habits lets you decide whether you ‘cling’ to these thoughts or not. Consciousness enables you to move beyond the belief that your thoughts are ‘true’ and to see them for what they really are: mental interpretations deriving from the unconscious mind.”

Beginning your day with a newsfeed means you’re penetrating your mind with dozens of voices. In all this cacophony, it becomes difficult to distinguish your own. You can’t tell when the good thoughts end and the bad ones begin. And if left unchecked, you mistake them all as reality.

How to start your own no-social-media mornings

Committing to no social media in the morning is simple—but not easy. Set yourself up for success with the following tips.

1. Figure out how you’ll replace your time

Your life won’t magically reinvent itself because you don’t check Instagram in the mornings. You have to figure out how you’re going to spend this newfound time. Otherwise, you’ll be restless and hop back into bad habits. Luckily, there are so many constructive activities that can replace social media. 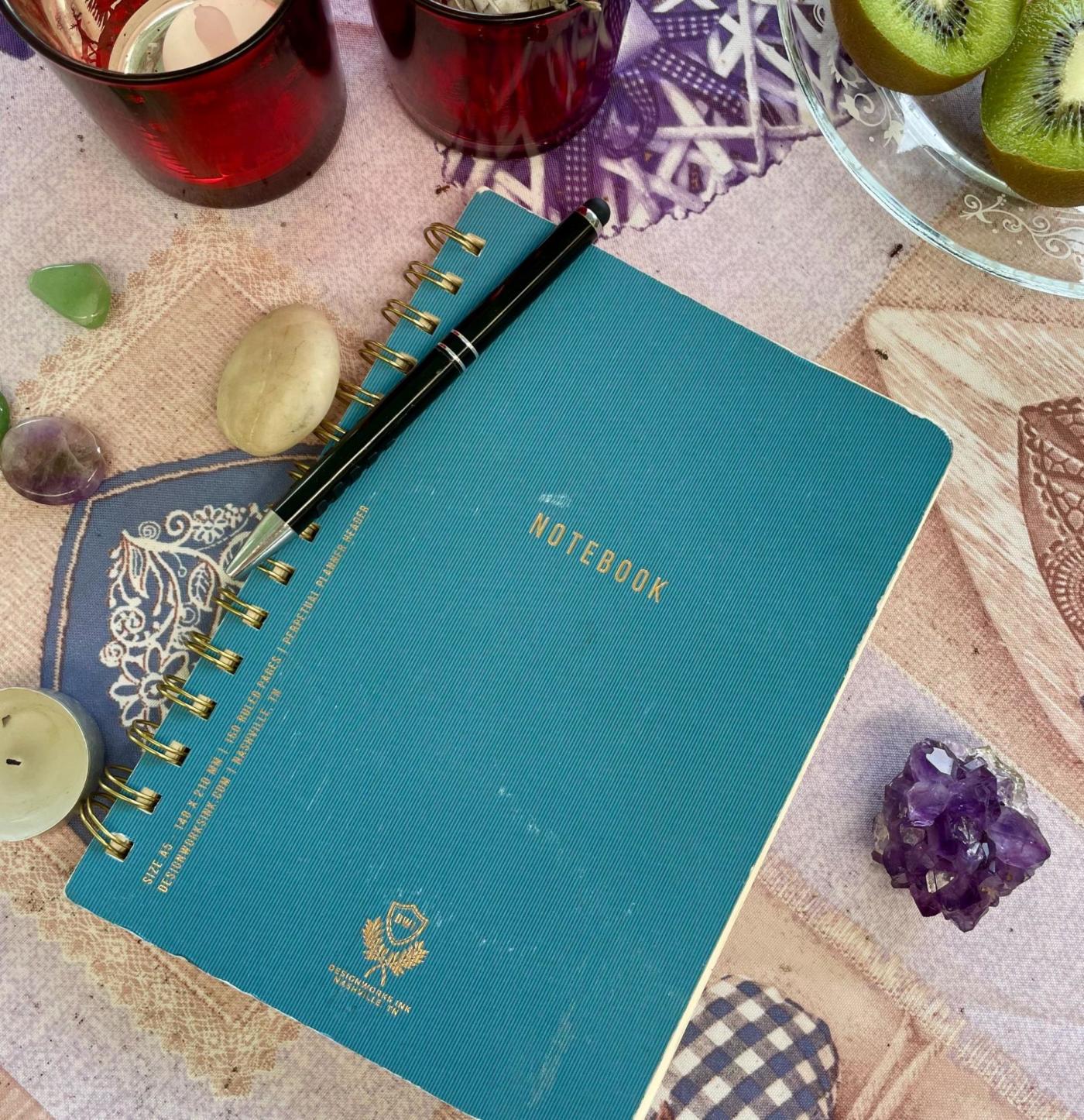 I’ve replaced scrolling with journaling, a ten-minute meditation from Insight Timer, and breathwork exercises from Othership. Then, I hop right into my workday.

2. Raise the stakes with an accountability partner

I knew I wouldn’t stick to no-social-media mornings unless I raised the stakes. So I told my sister I wasn’t checking social media until noon for 30 days. If I caved, I owed her $100.

Having an accountability partner can work wonders, but of course, your buddy might not be able to tell you if you break the rules. So this will only work if you don’t think you could bring yourself to lie to the person you choose.

3. Get specific with the rules

Don’t start this challenge with the vague aim of “not checking social media in the morning.” You have to be specific.

In my case, I still check emails, LinkedIn, and Medium before my cutoff. By making your goal specific, you’ll be able to measure it way more clearly (and not get discouraged by an enormous and unclear aim).

4. Set up a supportive environment

Let’s be honest—your phone is your life. You’re going to have to check it at some point during the morning. And it can be tempting to go on social media “for one quick second” while plugged in. The key is to set up your digital environment so it curbs your instinct.

I’ve been doing no-social-media mornings for a year. I’ve definitely messed up a few times during this timespan. Sometimes I check Snapchat right after meditating. Or I’ll peruse Instagram while editing an article.

Despite these hiccups, ditching social media in the mornings has boosted my productivity to new levels, led to some of my best creative work, and made me feel grounded in an otherwise chaotic world.

This isn’t an argument against social media. If used properly, platforms like Twitter can revolutionize your business (it did for me). But social media is a tool, so make sure you use it, instead of it using you.

This was a guest article from Alice Lemée, freelance content and copywriter. Want to see your work on the Zapier main site? Read our guidelines, and get in touch.

I hope that you found the above useful or interesting. You can found similar content on our main site: https://rankmysite1st.com//main site/